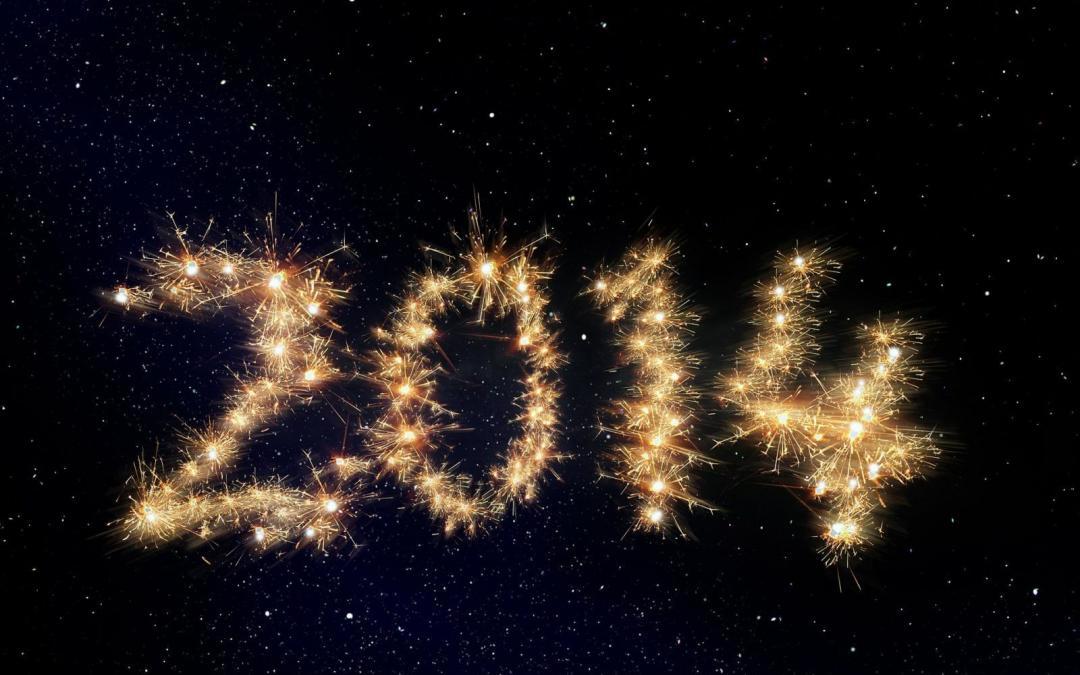 When I look back this year, I can’t stop thinking about the following quote from the movie, Night Train to Lisbon.

“The decisive moments of life, when its direction changes forever, are not always marked by loud and shrill dramatics. In truth, the dramatic moments of a life-determining experience are often unbelievably low-key. When it unfolds its revolutionary effect and ensures that a life is revealed in a brand-new light, it does that silently and in this wonderful silence resides its special nobility.”

Two decisive moments of my life occurred in 2014:

In June I left Intel after almost 20 years and in September I published my first book, Global Content Marketing.

Interestingly enough, these two moments were incredibly low-key and mundane.

The day I left Intel, I signed a released form and turned in the badge I had worn since 1995. I took a good look at the building one last time and drove away. That was exactly how I wanted it to be. Close the curtain and leave quietly.

When my book was first displayed at Content Marketing World, there was no press release and interview. Curata, a content curation software company, bought copies of my book as giveaways to attendees of their demo sessions (Thank you, Curata!). Even though I had three sessions and one workshop at that Content Marketing World, there was not much buzz about the book or me.  After all, global content marketing is indeed a niche topic. Throughout the next few months, I was busy promoting my book by speaking at conferences, writing blogs and giving interviews. Gradually, new experiences revealed themselves, enabling me to view opportunities in a brand-new light.

In the movie, Night Train to Lisbon, Raimund Gregorius, a Swiss Professor played by Jeremy Irons, stumbled upon a beautifully written book by a Portuguese author. He was so mesmerized by the writing that he abandoned his boring life and embarked upon a thrilling adventure doing research about the life of the Author, Amadeu de Prado. The journey through another person’s life ultimately became a journey of self-discovery. Fortunately, I don’t have to travel far to rediscover myself. Still, I am embarking upon a thrilling adventure like that of Raimund Gregorius.

I shall be telling this with a sigh Somewhere ages and ages hence: Two roads diverged in a wood, and I – I took the one less traveled by, And that has made all the difference.

2015 is the year that will make all the difference for you and me.