Episode 71 Line Takes Emojis and Stickers to the Next Level 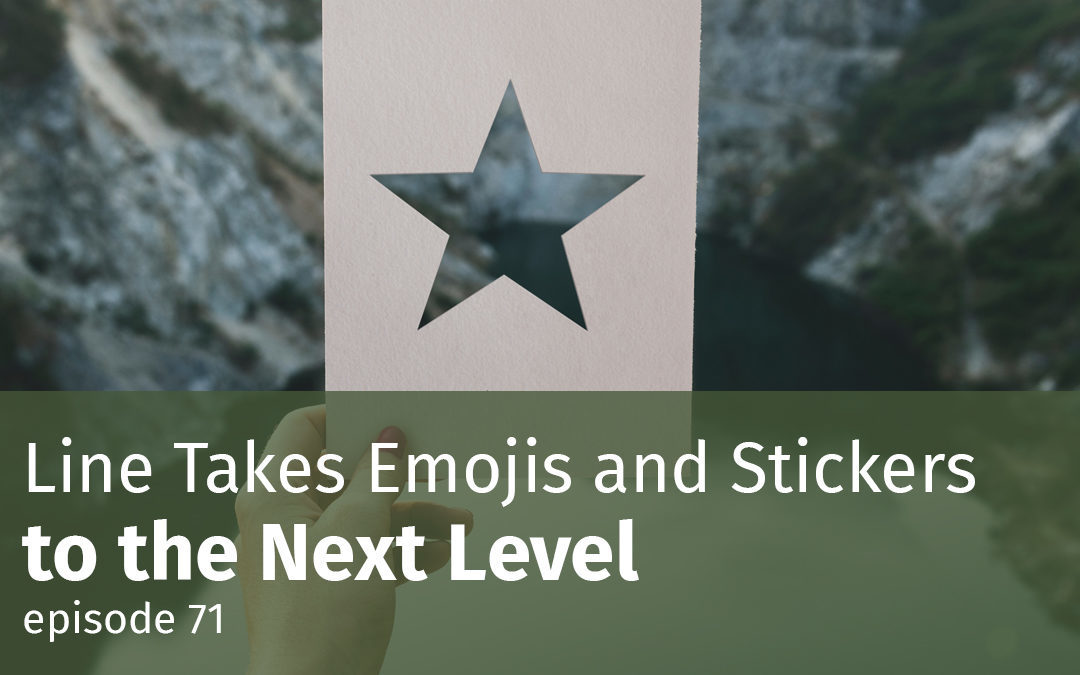 Through speaking and consulting, I was fortunate to make friends around the world and I keep in touch with them through texting. But I use different messaging apps depending on where they are and what messaging apps they use. For friends in the US, I use the phone texting app on my iPhone. Quick and easy. To communicate with friends in China, I use WeChat since the majority of Chinese are on WeChat. For talking to friends in South America and Europe, I use WhatsApp. That should not be a surprise to anyone. Interesting enough, for friends in Taiwan, Hong Kong, Japan and some part of Southeast Asia, I use Line, which is the largest messaging app in Japan.

So, guess what I used to connect with customers and friends when I was in Taiwan in December? Line!! While I was there, my friend took me to the Times Square of Taipei: Taipei 101. A trivial fact: Taipei 101 was the tallest building in the world from 2004 to 2010. The building, like its name, is 101 stories high which is mighty and amazing.  Similar to the World Trade Center in New York City, most of the floors are offices, but select floors are for shopping, expensive restaurants, and high-end bars. Taipei 101 is fun, crowded, touristy and filled with holiday cheers. I love it!

What does a messaging app have anything to do with Taipei 101?

My friend made an effort to show me the “Line Friends” store. A physical retail store. He told me that Line was so popular in Taiwan that they opened a store to sell products of their popular emoji and sticker characters such as Brown, Cony, Moon and more. You can see these characters as stuffed animals, in toys, clothes, water bottles, stationery and different kinds of trinkets.

If you are not familiar with Line emojis and stickers…

Brown is the bear and Cony is the rabbit. Apparently, they are in a relationship. Cony is very expressive, while her boyfriend, Brown, never changes his face. James is a long hair due who works at his father’s company. Each of the characters can be found in LINE’s exclusive games, and they are also emojis and stickers which you can use to reply to your friends’ messages.

Now back to the store…

The store was surprisingly crowded and busy because it’s December, the busiest shopping season of the year. By listening to some conversations in the store, I could tell that many of the customers were tourists and they were buying the products for their families and relatives as holiday gifts. What a clever idea of transforming an app’s emojis and stickers to real products as a way to continue building brand affinity with the app that you use every day.

Although opening a retail store is a business decision, it’s also a creative way to build word-of-mouth with user-generated content that people can share when they purchase their favorite emojis and sticker characters at the store. It’s free and earned social media impressions that Line doesn’t need to spend a penny on. They reused emoji and sticker characters for branded merchandise and their mobile games to create more business opportunities. That kinda reminds me of reusing and repackaging content in content marketing.

As of Q4’16, Line has more than 220 million active monthly users. Using a physical store to sell branded products is not only an interesting decision but also a marketing opportunity for users to build brand affinity with the app. Pretty cool.

So, there is my 7 min marketing highlight from Taipei. If you are ever in Taipei 101, you should check out the store.

Again, if you have any marketing questions, you know where to reach me: @pamdidner.

Before you leave, make sure to check out the previous #7MinMarketing episodes!

Keep hustling, my friends. You got this!!