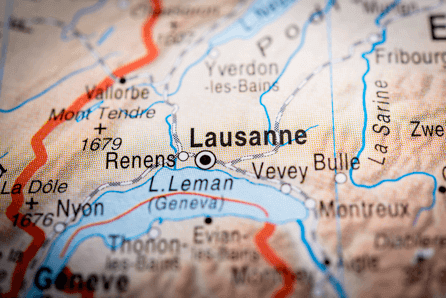 I had been thinking about doing a workshop outside of the US for quite a while, but I was hesitant to try it. While I have done international roadshows and events in the past, it was challenging and expensive to do international events, especially in the areas of marketing promotion and attendee acquisition. You not only need a reliable event partner, but also an event manager on the ground.

Finally, I decided to give it a try since I would be in Hungary in May. I might as well pilot a workshop while I was in Europe. I reached out to my good friend, Kelly Hungerford, who is a social media super-star. She single-handedly built a vibrant community for Paper.li and a couple other start-ups. She has lived in Europe for over 20 years and knows how to market to Europeans. We decided to try it out in Lausanne where she lives.

We executed a workshop and met our goals. Here are some of the lessons we learned:

Preparation time: We started promoting aggressively in April which was about 6 weeks before the workshop. We thought that was plenty of time, but we were wrong. We needed about 10 weeks of promotion time.

Paid and organic promotion: We started with paid FB, LinkedIn, even Twitter with timely organic tweets and LinkedIn posts. What we discovered is that paid FB may work well for American audiences, but it didn’t seem to get much traction with Europeans. Cost per clicks was less than $1, but we didn’t get many sales conversions.

There are several possible causes:

Although these are possible causes, we believe that how Europeans perceive sponsored ads also contributed to lack of conversions. My target audiences didn’t know me and ads or retargeting ads won’t necessarily convince them to attend a workshop.

Paid LinkedIn didn’t perform well either. We had better luck with personalized and organic outreach through LinkedIn. We also tried paid twitter feeds to provide air cover, but, again, not many conversions. In addition, we also did some personalized outreach via Twitter, since these people don’t know me, it seemed to come across as spam. In the end, Kelly and I believe that customized and personal outreach on LinkedIn and local MeetUps and marketing community sponsorship may work better than paid social media promotion.

Another variable we experimented with was employing various attendee attributes via FB’s promotion tool. For a small budget and one-time workshop, it’s difficult to do continuous trial-and-error optimization to get to an optimal solution. Also, it burns through the budget very quickly. We don’t think it was a good use of our budget for one-off workshop promotion. However, if you are doing promotion for a long period of time with a solid budget and time to devote to optimization, it’s worth the investment.

Focus on organic efforts on social media channels and allocate some budget for paid Twitter and an FB event page for broad air coverage. Then, hone in on personalized outreach via LinkedIn. In addition, it makes sense to use a budget to sponsor local MeetUps, marketing events, and local marketing influencers.

This was also a big “Aha” for us. I used the same messaging as I did for my Portland workshop. However, the word “Global” didn’t resonate with Swiss marketing professionals the way it resonates with an American audience. Switzerland has three official languages: French, German and English. A lot of marketers are doing marketing locally. Some marketers speak German and they only focus on marketing to German-speaking audiences. What I should have done is to explain “Global” in the sense of being able to scale content targeted to German-speaking audiences to French-speaking and English-speaking segments. We didn’t really understand that until our promotion was done. Lesson Learned: Explain the word “Global” in the context of “Local”.

Kelly and I debated about the pricing. We are exploring between US$299 and 399. We settled for US$339. I think that was reasonable for a 4-hour workshop. Most Swiss pay only by Swiss Franc (CHF), we set up the payment to accept the local currency. Lesson Learned: Accept local currency and try different discounts and pricing next time.

Although our goal was 20, we had 10 registrants with 6-week of hard work.

The workshop was well-received by attendees. The overall survey feedback was positive and the tips and tricks shared were useful according to attendees’ comments and feedback. Some attendees even asked me what other workshops I would be doing and if I would be back in Switzerland again.

We had Legos, markers, crayons, and other fun stuff on the table for attendees to use for exercises. Snacks, desserts, and drinks were available during the workshop. Cheese and wine were served after the workshop and several attendees stayed afterward to network. We finished two bottles of wine.

At end of the day, I broke-even for my first international workshop. Throughout the experience, I have also changed my mindset about doing workshops. The objective of my workshop is really to build awareness of my expertise. It’s like publishing a book. It’s hard to make money on a marketing book, but the book itself opens business opportunities and potential leads for consulting projects.

With our new found understanding of the market, Kelly and I decide to do workshops again in Geneva in October with two different topics. We are looking forward to refining and stay tuned for more details.